Home Articles What are some good Korean bidet brands?

While Japan is known for its electric bidet seats, they are not the only countries making them. However the quality is what makes Japanese bidet seats stand out from the rest. But is that still the case?

In the past we might have told you to stick with Japanese bidets. But nowadays, that’s harder to say.

In particular we’ve noticed that some Korean bidet manufacturers have caught up to the game. Not only have they improved the quality and comfort of their products, but they’ve also made them more affordable so that the average household can purchase them for less, whereas in the past it might have been a luxury to own an electric bidet.

So should you think about purchasing a Korean bidet? The short answer is yes!

If you think of bidet manufacturers the Japanese company Toto comes to mind. What about Korean brands? Since they’re not as known to consumers outside Korea, we want to introduce you to some of the most reliable bidet manufacturers from Korea to get you started.

Novita started producing bidet seats in Korea in 1996 and began exporting their bidet seats to Japan – the home of the bidet – in 2003. It was acquired by Kohler in 2011 and because of this their bidets started becoming available in North America. The Novita brand name has now changed to Kohler Novita. In 2017, according to the company, it reached 6 million bidets produced since its inception. To sum this all up, Novita is a well-established brand that you can trust.

USPA is the brand of bidet seats made by Korean company IS Dongseo. Other than bidets, they also make a number of bathroom products including wash basins, faucets, and bathroom tiles fall under one brand name called INUS. So you might see their USPA bidets branded as INUS USPA. They mainly started as a tile manufacturing company in 1975 and were originally the civil engineering division of Hyundai before breaking off independently. They acquired fellow Korean company Samhong Tech, which specialized in bidets, in 2010 and that’s how they got their start in the bidet business. They not only make bidet seats but integrated bidet toilets as well.

Dobidos is the brand of bidet seats made by Daelim Trading. It has a similar history and company profile as IS Dongseo which makes the USPA bidets. Both companies make bathroom products. Daelim was founded in 1970 and started making bidets in the 1990s so they are another well-established Korean bidet brand. They make both bidet seats and bidet toilets as well.

Samsung is one of the most well-known Korean brands worldwide thanks to their global distribution of electronic products such as televisions and smartphones. While they do not specialize in toilet or bathroom products, they have a good track record of making quality products and are another good choice among Korean bidet brands. 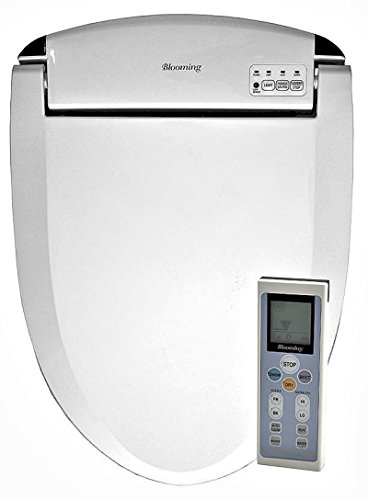 Blooming is a brand of bidets made by the company NCM. While they are not as old as some of the other companies, being founded 2002, their focus is strictly to develop bidet seats. Because of this, their product has to be good or it won’t be enough for the company to survive. Early in their history they started exporting bidet seats to Japan and China and they are slowly expanding to other countries. Besides the bidet seat and the integrated bidet toilet that they are developing, they are also trying to make cool products like an accessible toilet where the toilet seat is placed in a chair which allows someone with less mobility to use more comfortably. They are definitely one of the more exciting Korean bidet companies to watch.

It’s amazing to see how in just a couple of decades, many Korean companies make high-quality bidet seats that are on par with Japanese bidet seats. If you’re in the market for a bidet seat, do consider some of the Korean brands we’ve mentioned above!